A quick bio… I always wonder what to write under “occupation” on application forms. Truth is that I’ve never had a regular job and have just followed my interests, passions and concerns, going from one project to another. It may be a book for adults or kids, a research project, a conservation campaign, helping to design science museum exhibits, organizing a workshop, speaking at a conference, writing a film treatment or scientific paper. When I’m not “in the field” which mainly means on a boat somewhere (or more likely, stuck in a meeting room), I like to read and write at home in the mornings and think and edit in cafés in the afternoons, after a run on the beach or perhaps a wander along the steep cliffs of Dorset. One thing stays constant — I like to be researching or writing a book, but that may stretch out for 2-3 years with lots going on day by day that needs attention.

The personal details (100 words or less) are that I was born in the midwest USA, tried a boarding school on the Mississippi River for high school, migrated to Canada with my family and acquired dual Canadian-American citizenship, lived on a farm in the mountainous Slocan Valley, British Columbia, played music and made films before getting seriously involved with killer whales, or orcas, along the BC coast. Orcas led to more whales and whale watching and marine protected areas, with rain forest interludes of a few years to explore economic botany and to look at ants and other insects in Costa Rica with EO Wilson of Harvard, Bill Brown of Cornell and, later, to collaborate with Ted Schultz from the Smithsonian. After 17 years in Canada, I moved to Boston/Cambridge as a Vannevar Bush Fellow and taught at MIT, and met my wife Sarah Wedden, then on a NATO post-doctoral fellowship. We moved, a few years later, to North Berwick, Scotland, outside Edinburgh, where we lived for 23 years and raised 4 kids now aged 21 to 31. In 2013, we moved to the south coast of England, to Bridport, Dorset, the fabled Jurassic coast with ammonites everywhere and the odd dinosaur seeming to be tunnelling out of the Triassic, Jurassic and Cretaceous rocks. And rolling in from the sea, you never know what will appear — crab claws, starfish, bottlenose and white-beaked dolphins. 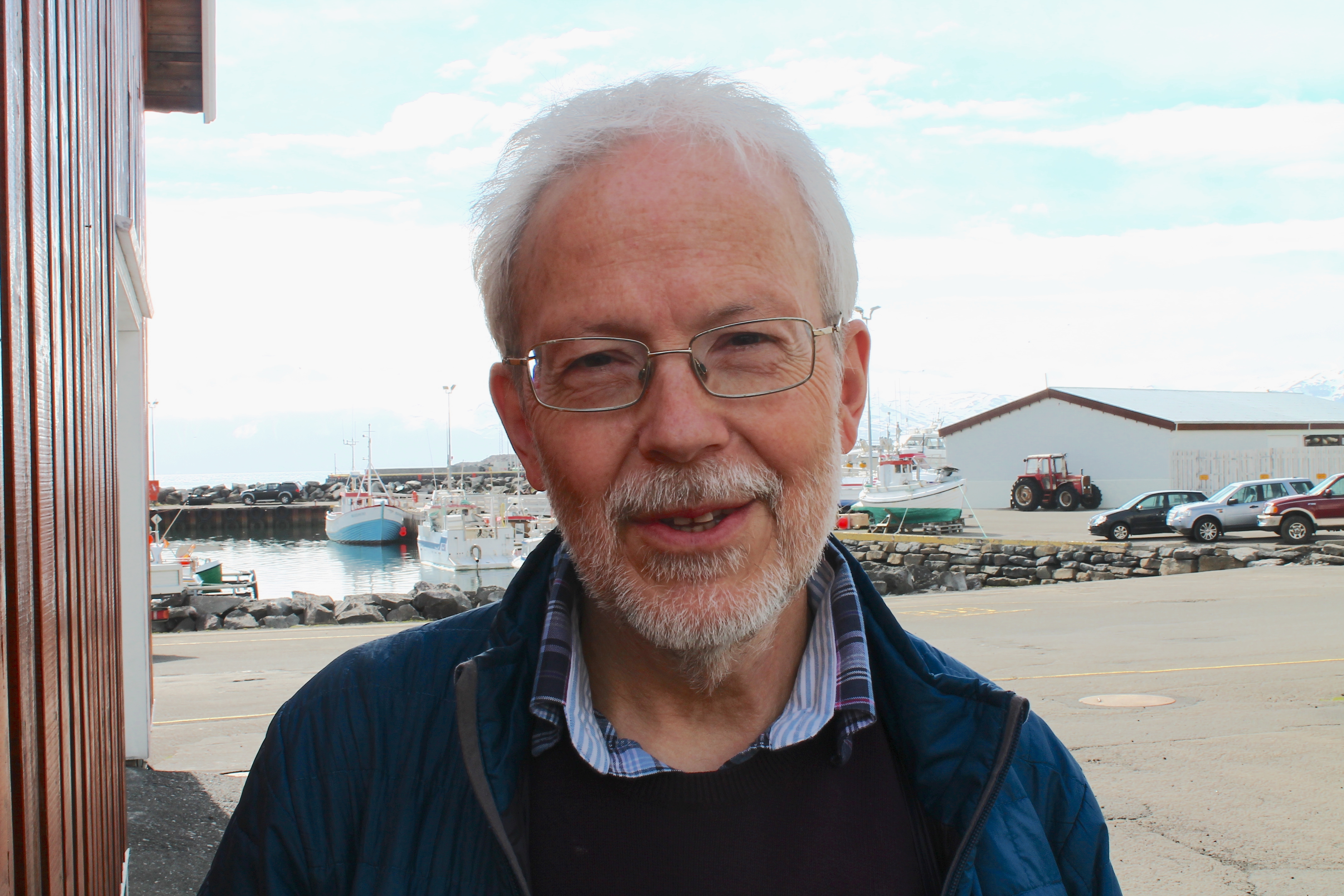 For more details, here below is a bio that one of my publishers prepared:

Erich Hoyt has spent much of his life on or near the sea, working with whales and dolphins and marine conservation. An award-winning author, he has written or co-written more than 25 books and hundreds of magazine articles on whales, dolphins, as well as ants, insects, wild plants and other subjects. In 2013, Erich won the European Cetacean Society’s Mandy McMath Conservation Prize for his body of work.

Erich is currently Research Fellow with WDC, Whale and Dolphin Conservation, in the UK. He created and works on WDC’s Healthy Seas Programme. For the past two decades, he has jointly directed the first killer whale (orca) study in Russia (based in Kamchatka), as well as (since 2009) the Russian Cetacean Habitat Project — both of them international collaborations with Russian scientists. The Far East Russia Orca Project (FEROP) has won the prestigious Klüh Prize for Innovation in Science ($10,000 prize) from Germany. In 2007 Erich began working with the nonprofit marinebio.org site as director of Marine Mammals. In 2008-09, he co-chaired the program committee and was a member of the steering committee for the first ever conference on marine mammal protected areas (www.icmmpa.org), held in Hawaii. After helping to organize and edit the proceedings for the second and third conferences in Martinique in November 2011, and Adelaide, Australia in November 2014, he remained on the ICMMPA steering committee for conferences in 2016 and 2019.  Twice he has served as a nominator for the Pew Marine Fellows.

In December 2010 he helped organize the program and was keynote speaker at the United Nations University in Tokyo, Japan, for the ‘New Tales about Whales in Science, Society and Art’ Symposium and the Global Whale Watching Conference. In tandem with these events, he helped produce a successful art gallery exposition — sponsored by philanthropist Peter Hall for The Beautiful Whale Project — that brought US photographer Bryant Austin’s life-size whale photographs to Japan and featured animations from Japanese artist Haruyoshi Kawai.

Erich has researched and written numerous conservation and scientific reports as a consultant and advisor for international conservation groups and governments, as well as co-authored more than 40 peer-reviewed scientific papers, and is considered an authority on whales and dolphins, marine protected areas and marine conservation, marine policy, whale watching and ecotourism. He has lectured and worked on conservation and scientific projects in Japan, Russia, Indonesia, Iceland, Mexico, Chile, Mozambique, the Caribbean and many other countries. He has also taught as a visiting lecturer at the Ohio State University, the University of Edinburgh, and the Massachusetts Institute of Technology (MIT). Twice a James Thurber Writer-in-Residence, and a Vannevar Bush Fellow at MIT and Harvard in 1985-86, he participated as a Kava Bowl Ocean Summit Fellow at the East-West Center in Hawaii in June 2011 to discuss and plot strategies on the theme of “How much is the ocean worth to you?”

Erich’s magazine and newspaper credits include: National Geographic, New Scientist, Canadian Geographic, The Sunday Times (London), The Guardian, The New York Times, Defenders, International Wildlife and the brilliant online Hakai magazine. He has 15 magazine and book awards including the “Outstanding Book of the Year” Award from the American Society of Journalists & Authors, Inc., in New York (for Creatures of the Deep) and “Outstanding Academic Books of 2012” (Choice, Feb. 2013, for Marine Protected Areas for Whales, Dolphins and Porpoises).

Three of his adult nonfiction books, The Earth Dwellers, Insect Lives, and Orca: The Whale Called Killer have been optioned for films. He has written film treatments for the above as well as for the proposed “Silent Paddles.” He was associate producer on “The Last Ocean,” produced and directed by Peter Young in 2013. His books for children include Weird Sea Creatures, Whale Rescue, Meeting the Whales and Riding with the Dolphins (all published by Firefly Books) and Extinction A-Z. His highly illustrated books Strange Sea Creatures (Firefly, 2020) and Encyclopedia of Whales, Dolphins and Porpoises (Firefly, 2017) are aimed at both adults and children. His first book, Orca: The Whale Called Killer is still available after 35 years in Japanese and English and has recently been made available in an expanded, revised new 5th edition. His other books have been translated into Chinese, German, Danish, Spanish, French, Italian, Dutch and other languages.

Erich is a charter member of the Society for Marine Mammalogy, as well as a long-time member of the European Cetacean Society, the Writers’ Guild, the American Society of Journalists & Authors and the Society of Authors. In 2006, he was invited to join the IUCN Species Survival Commission’s Cetacean Specialist Group, and in 2011, the IUCN World Commission on Protected Areas. In 2013, he co-founded and became co-chair with Giuseppe Notarbartolo di Sciara of the IUCN Marine Mammal Protected Areas Task Force.